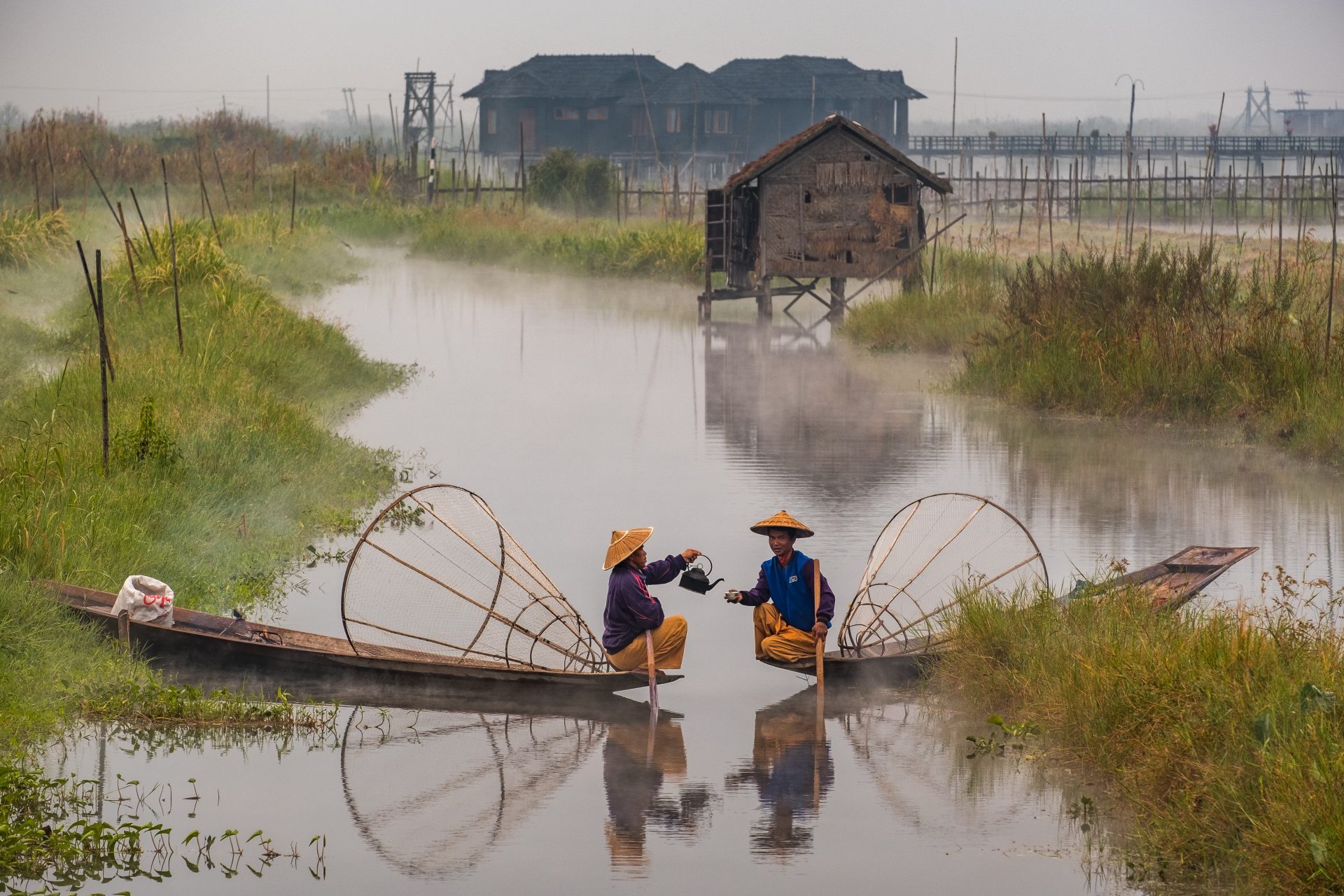 We headed to Myanmar in early 2015 for 2 weeks to explore this relatively unknown country (with little to no Western influence). The Southeast Asian country had been mostly cut off from the world for decades amid political unrest. Just before 2015, things were beginning to open up and tourists were allowed to visit – but the economy was definitely not centered around tourism and there were no big name hotels.

Since our visit, a lot more has happened in the country (including another military coup), so this is our account of 2015, acknowledging much has changed in the places we visited.

Our first stop was Yangon/Rangoon, Myanmar’s largest city with more than 7 million inhabitants. It served as the country’s capital from 1948 to 2006. The city is sprawling but much less modern than its contemporaries like Jakarta or Bangkok. Its most famous site is the golden Shwedagon Pagoda, Myanmar’s most sacred Buddhist pagoda that is around 2,000 years old.

After Yangon, we spent a few days in Mandalay. Friends who had visited Myanmar before us had completely skipped Mandalay, but we wanted to take our time exploring as much of the country as we could, so we (somewhat hesitantly) added a few nights in Mandalay, Burma’s second largest city, to our itinerary. It’s only about 445 miles north of Yangon (but, in case you’re wondering, if you’re going roughly 25 mph on a train, that’ll take you about 16+ hours). When we arrived on the overnight train around 9am, completely and utterly exhausted, we found scores of people at the train station, all hounding us to hire them to carry our bags, give us a ride – you name it, they’d do it. Our hotel was just a five-minute walk away, but it seemed like an eternity as we painstakingly got our bearings and did our best to avoid the very pushy peddlers at the train station.

Despite our very first impression, we both came to adore Mandalay, its people and its history. Mandalay, now a city of about 1.5 million, is the second largest city in Myanmar (behind Yangon) but is seen by tourists as skip-able – or, at the very most – an easy jumping off point for more “beautiful” scenery. However, it was last the royal capital of Myanmar and has a history in its dirt roads that many miss.

We spent our first day exploring the city, including the inner, walled and moated city of a monastery and the pagoda on Mandalay Hill (a friendly local and his 7-year-old son insisted we climb in the backseat of his car and he drove us to the top of the hill in time to catch the sunset when we couldn’t find a taxi).

Apart from our experience at the train station when we first arrived, we found the people of Mandalay to be exceptionally friendly (a trait becoming quite familiar in Myanmar), hardworking and extremely religious, with the countless Buddhist pagodas we visited always filled with pious worshippers. Like smaller cities generally do, Mandalay offered a better view of normal life than we gathered in Yangon, perhaps simply because, in Yangon, our heads were spinning just from stepping outside of our hotel room with the many people, cars and stray dogs that were hurrying on past. In Mandalay, you could witness young boys playing soccer on the road’s dirt shoulder or catch a glimpse of a teenage couple zooming by on a motorbike – and you could do it with a (slightly) lesser chance of getting run over by another speeding motorbike.

After Mandalay, we hopped aboard a river cruise to ride to Bagan, probably our favorite stop in Myanmar. Bagan is mystical, magical + inexplicable, all in one. There is a well-known saying of the Burmese people: “If you are a real Myanmar, you must have been to Bagan.” It’s one of those places that you just have to go to understand its beauty because, as beautiful as it is in photos, no photo can do justice to the serenity when you’re at the tip-top of a deserted pagoda or the minute detail in every inch of a pagoda built literally thousands of years ago. I don’t mean to say “just go,” but… really, JUST GO! In its heyday, there were more than 10,000 pagodas built in the area (about 2,000 remain). When we were there in 2015, we were able to rent a motorbike and visit any pagoda we wanted on our own – climbing to the top and exploring the inside was allowed. I believe they’ve stopped allowing you to climb (for preservation’s sake), but I’m sure it’s still just as magical as our experience.

Our final stop in Myanmar was Inle Lake, which really feels like you’re in another world. Inle Lake isn’t just a lake, it’s a way of life that’s other-worldly, even when compared to other lesser-known parts of Myanmar. Its beauty is seen in glimmers of the 70,000 Intha farmers and their way of life, from paddling with one leg to living above the water in wooden + bamboo houses on stilts (with TVs in every window!).

Myanmar is a country full of surprises to any traveler, but Inle Lake has the most surprises of all.

We saved Inle Lake for last on our Myanmar itinerary because we had such high hopes. It seems to be the top of list of just about every traveler’s visit to Burma … and now we know why! And, although Mandalay and Yangon are so colorful, so full of Burmese life — and both are certainly cities I will long remember — they are and never will be Inle Lake.

After flying into Heho Airport, a taxi from our hotel picked us up and then drove us about 65 minutes to where we stayed (Inle Resort), past rice paddies, farms and roadside stands. We paid the mandatory $10 tourist fee at a road stop and soon arrived to the actual lake and were just as mesmerized as we’d hoped we be.

And, while our hotel was beautiful and our hotel room was even better (Jeffrey surprised me with an over-the-lake bungalow!!), the lake was more than we wanted. The early morning mist made the surroundings so magical and the fisherman didn’t mind the passing boats– only seeing what we couldn’t see in the murky waters. The water, though shallow, was inky and thick, making the whole day on the lake sort of like what you’d expect from some fairy tale’s far off castle-land (wait, does that even make sense?). The sunsets seemed brighter, the people friendlier (despite the fact that this was the major tourist stop in the country) and the surroundings more magical. 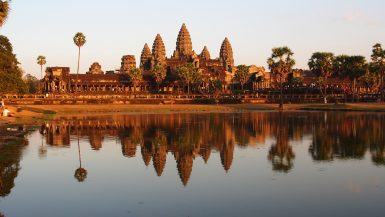 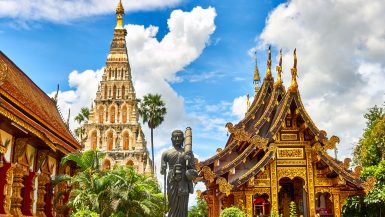 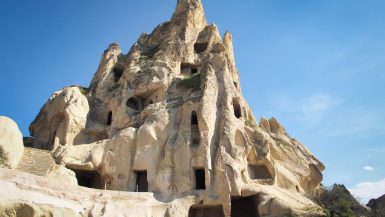 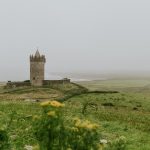 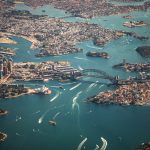 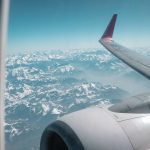